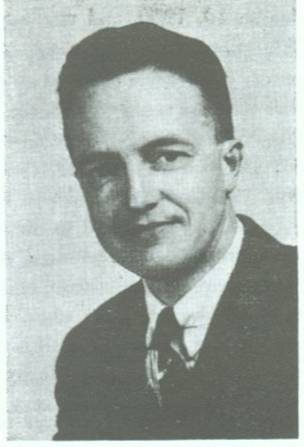 Leigh Stuart was born on April 18,1909, in Verona, New York. He was the son of Rev. and Mrs. Aaron C. Stuart. The Stuarts lived in upstate New York for many years. Leigh was a very bright and intelligent young man. He first attended school in Almond, New York, then moved to the elementary and high school in Montgomery, from which he graduated in 1927.He received an AAS Degree in Education from the New Paltz Normal it was later renamed the New Paltz State Teachers College in 1929.He then attended New York University, where he received both BA and MA Degrees. He married Ruth Terry in August 1933, and they had two children, Marian and Earl Paul. The Stuarts moved to Suffolk County, where Leigh was a teacher and Principal at the Holbrook School for three years. In 1932,he was appointed Principal of the Brentwood Union Free School. At that time, the School had four teachers,76 students, and one custodian. Leigh was a very successful Principal. Under his guidance, the School grew to over 400 students and 17 teachers. It became the largest elementary school in the Bay Shore-Brentwood area. Leigh served as Principal for 18 years, until he retired in 1950. -- Nick Ziino-- Local History Newsletter--November 2008