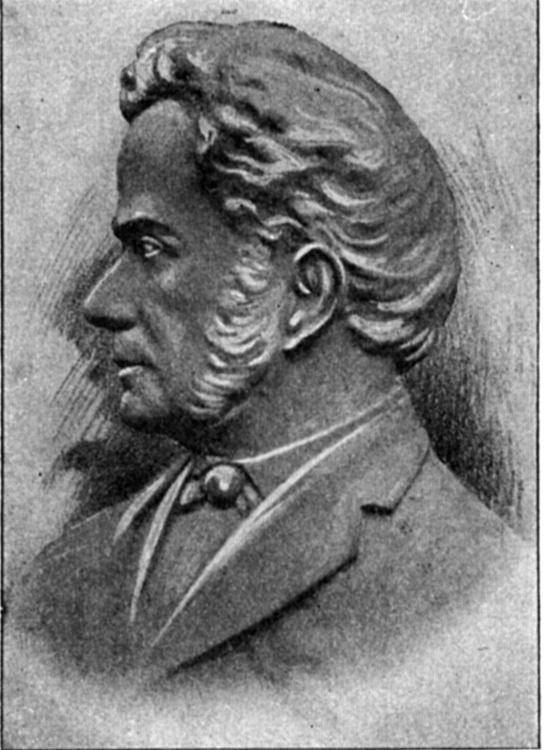 Josiah Warren, one of the founders of Modern Times was born in Boston Massachusetts in 1798. For a while he was a member of the “Old Boston Brigade Band” and made a career out of music. In 1818 he married and moved to Cincinnati where he invented a lamp that used lard as fuel. This lamp was patented in 1823 and the patent was signed by President John Quincy Adams. This invention proved to be success and eventually he opened up a business in Cincinnati. Later Warren sold this business after becoming interested in Robert Owen’s Community in New Harmony, Indiana. After awhile he became disillusioned with Owen’s beliefs because they did not value individualism and the pursuit of liberty for all men. From this experience he learned that any future theory of freedom must be tested. On May 18, 1827 Josiah Warren opened a mercantile or as it was know in those days a “Time Store.” The store provided credit and was based on the exchange of goods for the cost of equal amount of labor. The cost of all goods was displayed in labor hours and all goods purchased in the store were purchased using labor notes instead of money. As this became popular with Warren’s customers other merchants were forced to apply Warren’s practices to their businesses. The store not only served as a mercantile but also as a place where customers could find work. Josiah Warren gave back his lease to Mr. Longworth whom he had purchased the property for the shop because he felt that selling the property would be in contradiction to his philosophies. Until 1847, Josiah Warren spent much of his time working as a musician, inventor in between testing his vision of a utopian colony. At one point during the Cholera outbreak, Warren who was not trained as a doctor, wrote health care literature for public distribution. M. Koferl -- September 2006 -- Local History Newsletter

Josiah Warren founded another village between 1845 and 1846. To purchase the land for this village he sold his printer that he had patented for stereotyping. Warren wrote a book entitled, “Equitable Commerce” in 1846. As well as another publication, “True Civilization” which was considered his most important work. On May 18, 1847 Warren and his friends celebrated the 25th anniversary of the opening of the Times Store. In June 1847 he founded another village thirty miles outside of Cincinnati in Claremont. There he built six homes the purpose was to see if people who buy their own homes and supply their own needs for the exchange of labor. Within six months the homes were almost paid for and others joined the community building two story residences. Within three years the community had built a saw mill and grist mill where people could exchange their labor for products with the use of labor notes. (Bailie, page 55) Due to the high cost of surrounding land, most of the residents ended up moving to Minnesota after a few years. In 1850 Warren moved to New York City where he became friends with a philosopher and lecturer, Stephen Pearl Andrews. In 1851 Andrews lectured on “The Science of Society” this was a series of lectures where he discussed Warren’s theory of equity as well as other philosopher’s theories. Soon Warren started giving “Parlor Conversations” throughout the area. It was these lectures and talks which sold the public on Warren’s theory. Again another location was selected for his experiment, this time on Long Island in an area close to the rail road station (Thompson Station) and yet on land that proved to impossible to farm. There were no trees only a few scrub oaks so the community would not be able to rely on lumbering as an industry. Therefore market gardening was considered as a possible industry for this community that would come to be known as “Modern Times.” M. Koferl --October 2006 -- Local History Newsletter Josiah Warren